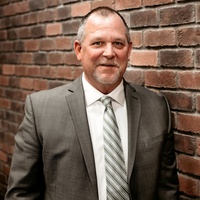 Steve has been in the financial services business since 1981 when he joined his father William Compton who founded the firm in the late 1940’s. He is proud of the fact that the Compton Financial Group has provided trusted advice and value-added services to the Tri-Cities and surrounding communities for over 70 years. He is also extremely proud of the team that has been assembled in the office. The team includes both his son’s Sean and Seth, which partnered with him many years ago and are largely responsible for what Steve notes – “bringing our services to another level”.

Steve was born and raised in Richland, WA where he graduated from Richland High School. He later graduated from Eastern Washington University with a major in Business Administration and has since continued his education by earning his CERTIFIED FINANCIAL PLANNER™ certification in 1989 and the Retirement Income Certified Professional™ certification in 2017.

He has been married to his High School sweetheart-Shelly Compton- for 40 years. Steve has great passion for snow skiing, hunting, family and friends. He also enjoys camping, fishing, hiking, coaching and mentoring. The four grandchildren have a most special place in his and Shelly’s hearts and they both see that as “life’s greatest reward.” Shelly and Steve mutually reside in Benton & Spokane Counties. Many special times with family and friends are spent at their beautiful Amber Lake property in Spokane County.